Everything for the fans: welcome the electronic version of the black and white comic REVO “SPACE OVEЯ”

The legendary energy drink REVO™ took another step closer to its fans. As we already announced, starting from mid-January, the black and white version of the classic comic based on the plot of the fantastic multi-energy blockbuster about the adventures of the Cosmonaut and the REVO Can began appearing as episodes in the stories on the REVO Instagram page. 9 episodes – 9 days, 66 stories in total and already more than 220 000 views. If the printed gift edition of the comic had a circulation of only 1000 copies, then the public black-and-white electronic version became a real democratic step, and this stirred real enthusiasm among the fans, who in the process gladly took part in voting (over a thousand participants per one poll) and shared their emotions in the comments. When at last the first season had been shared in its entirety, a link to the entire comic became available to fans. Anyone can also download comics for their personal collection and read it in anticipation of the second season of the series. 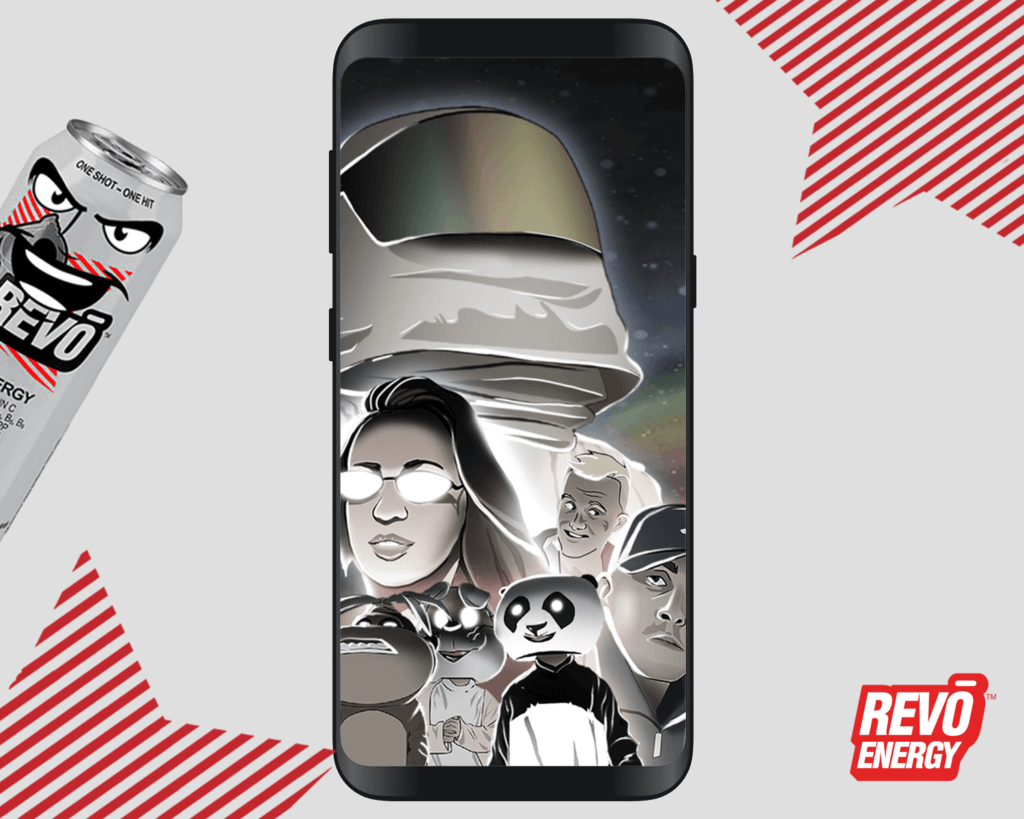 By the way, users enthusiastically responded to the proposal to predict the next season. They suggested a myriad of options for plot developments: from “The hero runs for president!” to “His lady wants a star from the sky, and the Cosmonaut flies into space to get it”. We will soon find out though what will actually happen next! Get involved and follow the news on the Instagram-page and on the Youtube channel Revoenergydrink.