Interview with the creators of the short film about New Brew: director Lubomyr Levitsky and producer Yana Altukhova

Everyone has their own story, even a brewery. And if it’s a story of a great dream and a passionate ambition, a place founded on unshakable principles and a highly professional team, then only the best in the film industry should be telling this success story.

Recently, we released a mini-film about our newly created brewery, New Brew.

Lubomyr Levitsky and Yana Altukhova, the leaders of the creative film crew, shared their impressions of working on the project, the brewery, and the region as a whole, and the people who embody the new image of the modern Ukrainian brewer. 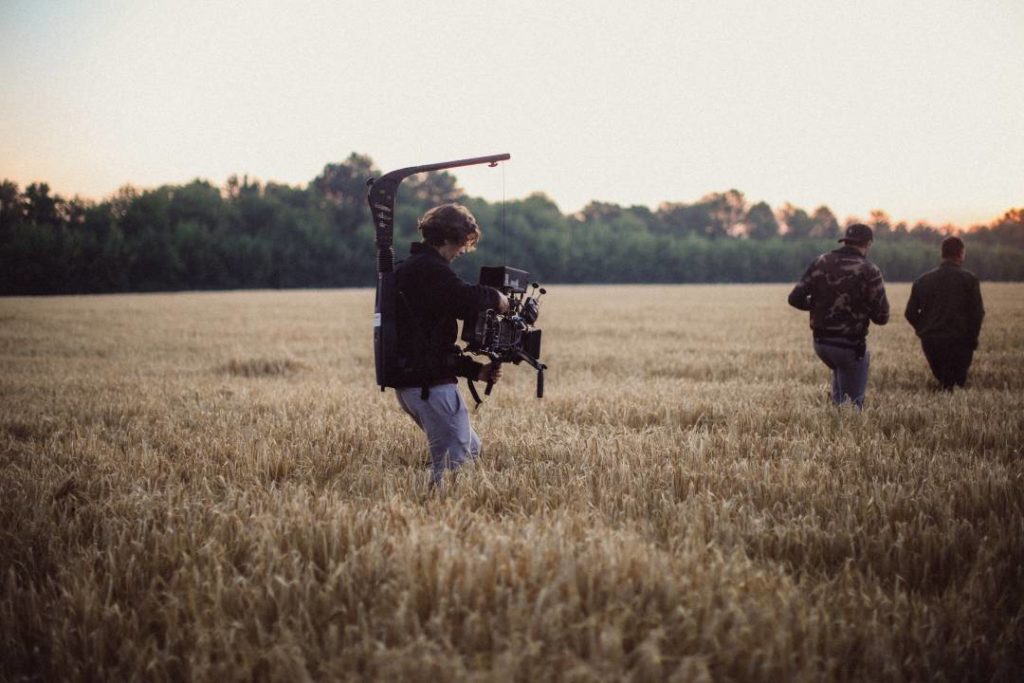 Lubomyr Levitsky is a well-known Ukrainian film and music video director. He became famous for creating the mystical thriller “Shtolnya” in 2006, which was the first financially successful Ukrainian film in the national box office. He shot music videos for Potap, Vitaly Kozlovsky, Kamalia, Dzidzio, and other artists. Between 2013 and 2016, he released three commercially successful feature films: “Lombard”, “Shadows of Unforgotten Ancestors” and “#SelfieParty”. Work is currently underway on the film “Crazy Wedding 3”, the Ukrainian premiere of which is scheduled for 2021.

Yana Altukhova is a co-owner and creative producer of the Kyiv production studio Red Glass; she’s a journalist, model and a DJ performing under the pseudonym Funkyianky. Having founded her own agency for creating high-quality video and photo content in 2010, she gradually transformed it from a small studio into an independent production company. 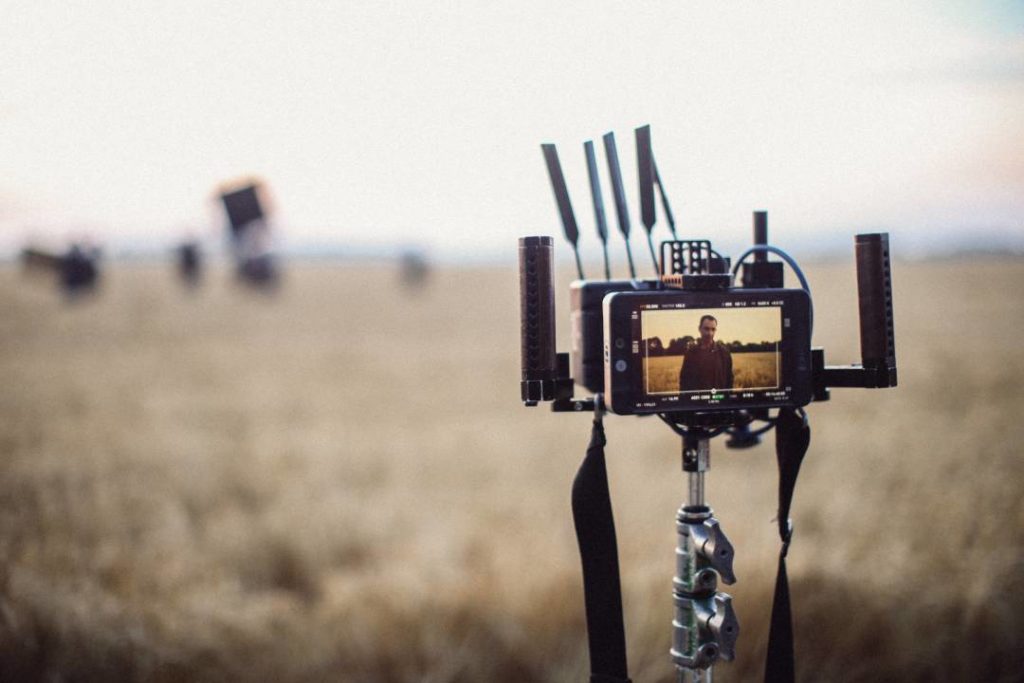 What are your impressions about the product, about the brewery, about the region in general? What do you think sets New Brew apart from others?

L.: Externally, the brewery’s design really stands out. It looks beautiful. Here, it’s the same as with people: beautiful just can’t be bad. Inside, it’s a high-tech production line where true professionals are at work. The first thing I felt was: here is a product created by experts, and made with love and style. I didn’t lose this feeling throughout working on this project.

Y.: Working on the project left a great impression on me. We met a lot of the people from this region, got to know their lives, fell in love with the dawn in the woods and the barley fields. There was a lot of sincerity and desire to do something extraordinary, and not just the usual “corporate film”. In my opinion, we succeeded!

Tell us more about the idea behind ​​the film. Why was such a concept chosen and what was the inspiration?

Y.: At all stages of the project, we talked a lot about the people who work in the industry, about how great they are. We really wanted to reflect the warmth and authenticity of these people in the film. Therefore, we immediately started with the idea of ​​showing everything through the prism of the worldview of our heroes – brewery workers, agriculturists, technologists. They were our inspiration.

L.: To be a professional film director is, first of all, to tell stories. And stories, of course, are created by people. I am greatly inspired by people with experience and strong vision. This is what got me interested in this project. The script for our mini-film is not so much about the product as it is about the people, the team behind it. That’s how we came up with the idea to cast real creators of the brand, and not actors. It’s always harder, because not everyone has the courage to open up in front of the camera, but, in my opinion, everything turned out great!

What was important to show in the film, which key idea did you want to convey to the general consumer? And did you manage to achieve the goal?

L.: It was important to convey the love for the product through love for the process of its creation. We showed people who live by what they do. This is their world, their inspiration and soul. We wanted to demonstrate how all these feelings affect the quality of the product. The passion, the inspiration with which these people describe their daily professional lives, cannot be faked.

Y.: In my opinion, we made a wonderful video, very inspired and bright. The key idea is that it all starts with each of us, with our conscience, with the inspiration and work that needs to be done with love. We wanted to show people who love what they do and charge everyone around them with that love.

Which social component of the video did you want to emphasize?

Y.: We would like to emphasize that the New Brew gives a new life to the entire region, and the city of Zhashkiv. It seems to me that the very existence of such an enterprise, the fact that it works with local producers and employs hundreds of people, is a very important social mission.

L.: The main social goal of our script is to show the audience that the New Brew brand is about all of us, about home, about our own land. This brand is about maximising the use of local ingredients, attracting local talent, and supporting their region.

How would you rate the involvement of New Brew employees who participated in the video? To what extent do they share the values ​​and principles of New Brew?

L.: This was the first time in my life when I have seen non-professional actors being so comfortable in front of the camera. And this shows that they spoke from the heart, and all this is not just words for them. Therefore, in my opinion, everyone gave their 100%.

Y.: After the shooting, we fell in love with all the employees of the plant! So much dedication! At all stages of the project we’ve experienced only support and help. It was very valuable, and motivated us to move on, to come up with new ideas, to give the project our all, as much as possible.

What was the most interesting or unusual thing for you in the filming process? Which episodes, acquaintances or events did you remember the most from this project?

L.: It was especially pleasant for me to meet the technologist, Nazar. He became our guide to the plant and, to some extent, its “face”. He had an earnest soul, and at the same time showed strong experience and professionalism. A very nice person. And, of course, the scene with Mr. Pogorily on the roof. I wanted to draw an analogy with the captain of a ship walking on a bridge, so I used a frame where he walks on the roof of a factory in the rays of the setting sun. This was truly memorable!

Y.: Personally, I will remember this project because, for the first time, I became interested in the taste of beer. In my usual life, I don’t drink beer and I don’t like this drink very much, but at one of the locations I was treated to freshly brewed beer, and then I realized: “Wow, this is actually delicious!” There were also many early road trips to Zhashkiv, seeing the dawn in the open fields and on the road… Looking back, I realize that these are some of the warmest and brightest memories of this summer! 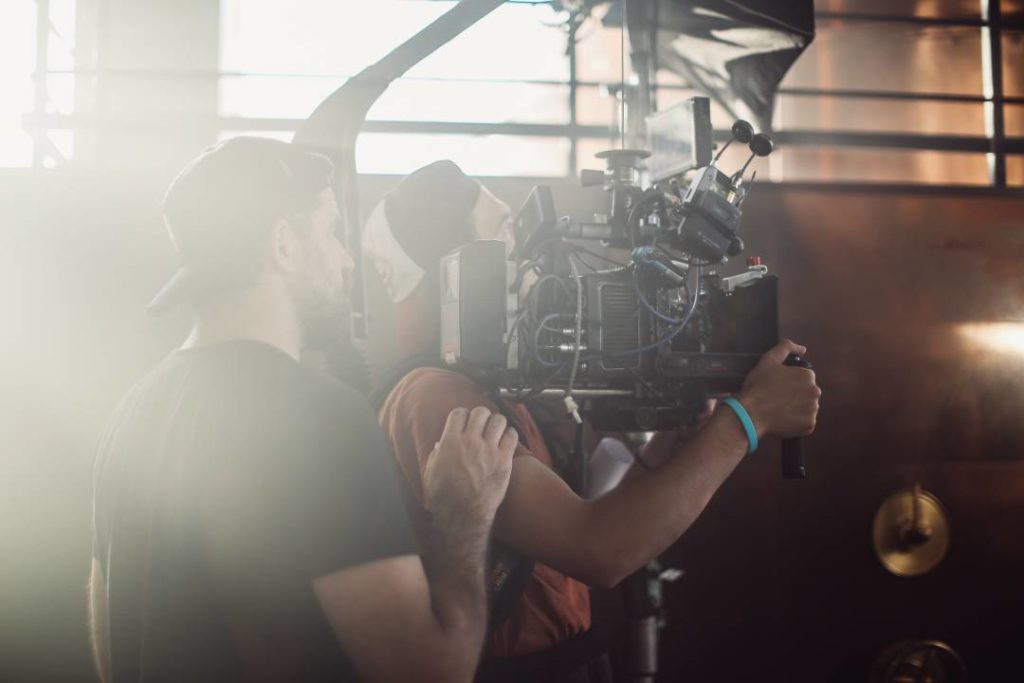