Mykola Shyshov, who received a nominal scholarship to study at a prestigious university, shares his account of a year at KSE

At the end of June, Mykola Shyshov, a student of the Kyiv School of Economics, met in Kyiv with the representatives of New Products Group, which provided the young man with a nominal scholarship for a year in the Master’s program of the country’s leading economics university. Mykola visited the Group’s main office in order to share his impressions about getting an education at KSE, talk about his successes, and to thank the sponsors for such important support.

New Products Group, known for its many patronage projects, including supporting young Ukrainians, founded a scholarship of its own a year ago to help a capable student get a prestigious economic education. The organizers of the competition initially sought to support a young man or woman from the Zhashkiv region. However, due to the high requirements for students of the Kyiv School of Economics – and a KSE student should demonstrate excellent knowledge not only in economics and mathematics, but also in English, since education is conducted in this language – they were forced to expand geography. Thus, the project became All-Ukrainian, and Mykola Shyshov, who was born in Khmelnytskyi, finished school in Zhytomyr, and got a bachelor’s degree in Lviv, got the opportunity to study for free in the Master’s program in economic analysis at KSE. 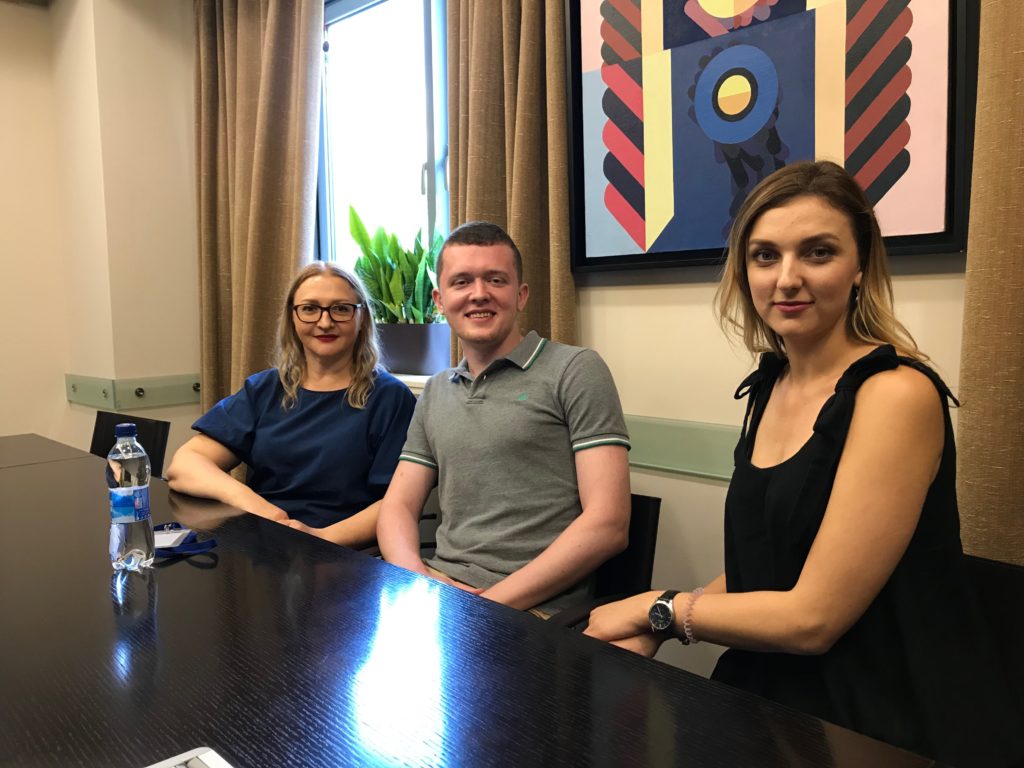 “Thank you for your support! It was an incredible year. While studying at KSE, I became the winner of the 2019 CFA Institute Research Challenge in Ukraine (a project that my team and I worked on for seven months!). In April of this year, we represented Ukraine in the regional finals of the EMEA CFA Research Challenge, which was held in Zurich, Switzerland. In addition, I won the National Finals of the L’Oreal Brandstorm project, in which we developed innovative business ideas for L’Oreal. Now we are preparing for the Global Finals in Paris. I also got the opportunity to volunteer at many major economic events. I hope that I justified the trust of people who believed in me and supported my desire to learn and develop”, – said Mykola Shyshov during a meeting with New Products Group.

KSE representative Anna Mazarchuk confirmed that the scholarship recipient was a truly capable and diligent student: despite the heavy workload and Mykola’s involvement in numerous projects, his grade point average is 88 out of 100.

“We congratulate him on the success, and we are proud that young Ukrainian people reach such achievements!, – noted Elena Selyutina, PR Director of New Products Group. – Mykola’s achievements have once again confirmed that we made the right decision by initiating a competition for a nominal scholarship. On the one hand, this allowed us to help a talented young man, and on the other, it became our contribution to building a modern and solid domestic economy, the development of which is hampered today due to the lack of qualified specialists with good education and progressive views. We are convinced that such young people as Mykola will change this situation”.

During the meeting, the representatives of New Products Group suggested that the student, who is already considering jobs in his field of expertise, to join the Group’s team in order to apply what he has learned in practice. Mykola is interested in the opportunity.