Residents of Krasnohorivka on the front-line thanked the leadership of “Nova Hromada” for their charity, and JFO military personnel – for their contribution to defending Ukraine

Since New Products Group founded the “Nova Hromada” charity fund in 2014, one of the priorities for the organization has been supporting Ukrainian soldiers. During the first two years of the foundation’s work, more than 6 million hryvnias were allocated from the state budget to help the army and the military. Over time, “Nova Hromada” joined the activities of civilians in the villages and cities of eastern Ukraine who live on the line of demarcation. Among those who are experiencing the charity of philanthropists from the Zhashkiv and Kyiv regions are the residents of Krasnohorivka in Mariinsky district, Donetsk region.

Expressing their gratitude for caring about the problems of people whose lives had been changed by a terrible war, and the mercy, sensitive attitude and support, the residents of this front-line town presented awards to the head of the “Nova Hromada” fund, the director of regulatory and legal support and procurement transparency at New Products Group Kostyantyn Nevesnko and head of the fund’s social projects, deputy of the Cherkasy regional council, production director of New Products Group Viktor Pohorilyi. On behalf of the Krasnohorivka residents, the gratitude letter was signed by the head of the civil society organization “Our Renaissance” Elena Kosinova. 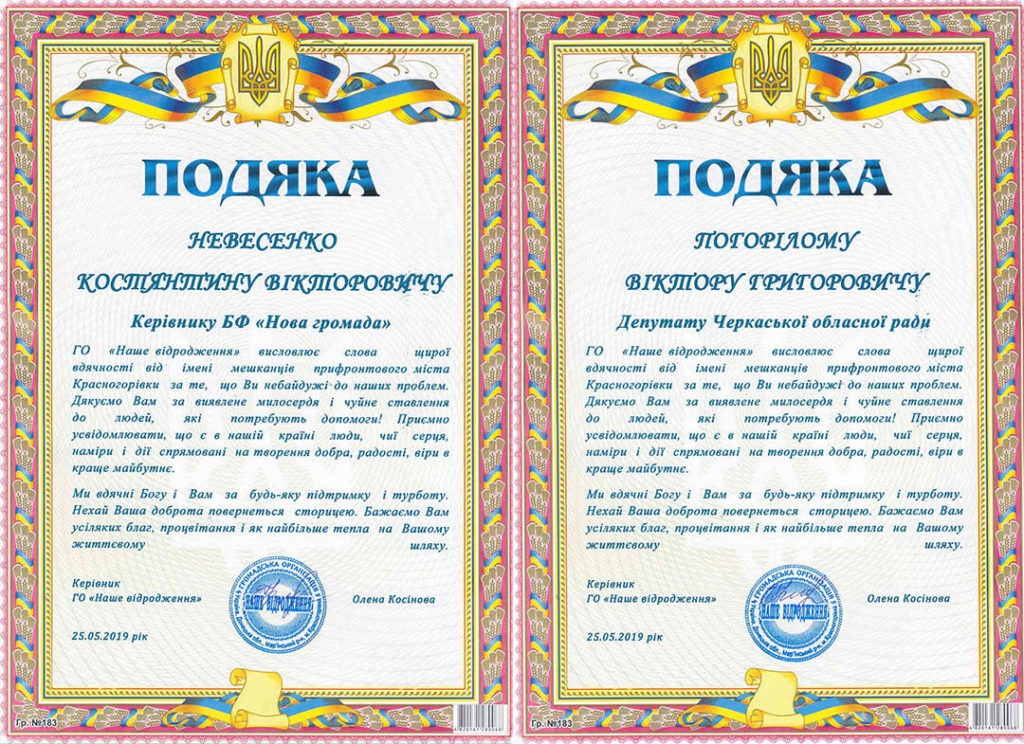 The charitable activity of Kostyantyn Viktorovych and Viktor Hryhorovych was also noted by the military: the commander of the operational command “North” of the Ground Forces of the Armed Forces of Ukraine, Lieutenant General Volodymyr Kravchenko awarded the leaders of “Nova Hromada” with letters for diligence, smart initiative, conscientious performance of official duties, defense of Ukraine and great personal contribution in support of its sovereignty, territorial integrity and immunity. 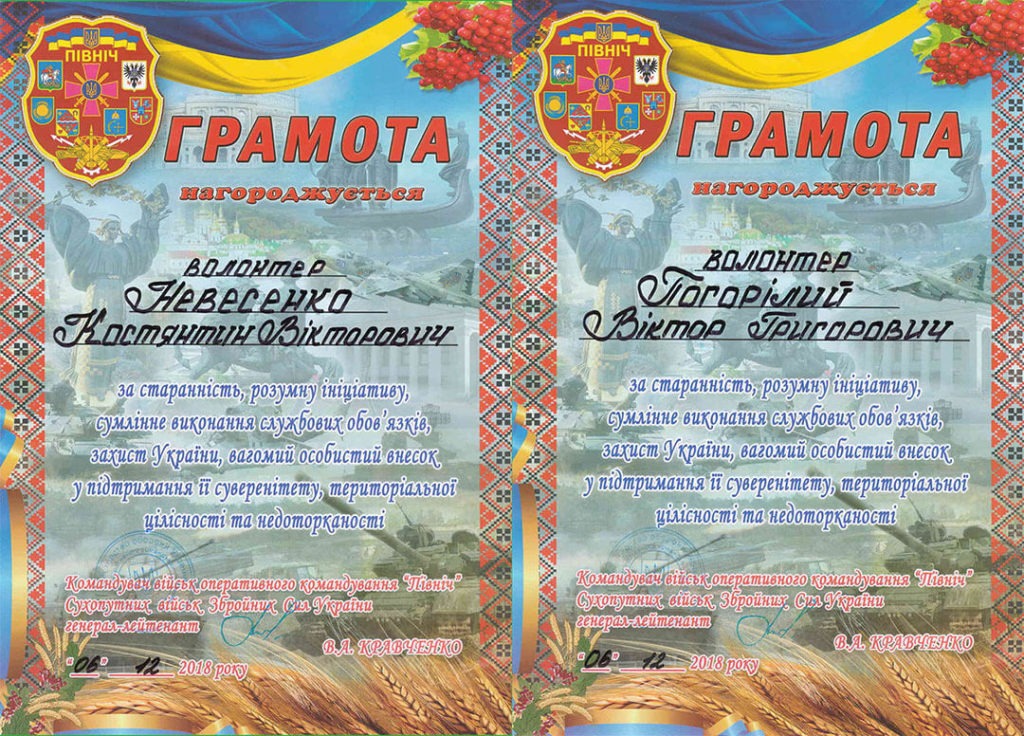 “Our foundation has repeatedly been awarded with letters and thanks, but these awards are from the people from the war zone and soldiers themselves – they are the most valuable to us. They show that our efforts really do benefit society and the country, and that we are on the right track. We are very grateful that what we are doing is appreciated! We do it for our people, and for our country,” – Kostyantyn Nevesenko and Viktor Pohorilyi commented on receiving the awards.