At the end of winter, REVO™ together with ISD Group launched an incredible project, which simply has no analogies – the world’s first Ukrainian-language artificial intelligence, designed to generate ideas for crazy parties! And, despite the surprise that this spring has brought us, Ukrainian partiers did not lose the charge of the REVO-like energy and stubbornly continued to “feed” the neural network with their obsessive inventions. Statistics show that users currently spend on average more than 20 minutes in dialogue with REVO kAIf and 30% of them return to the website kaif.revo.ua.

“The project was created under the auspices of REVO™, because the brand is always able to surprise with modern ideas and an extraordinary approach to things. It is worth mentioning the legendary series about the adventures of the REVO Can and the Cosmonaut, which was gushing with bold ideas and unbridled creativity, and won over a huge army of fans. REVO kAIf continues the tradition of impressing the imagination and unexpectedly pulling us from the monotonous rails of everyday life. The project seemed very risky and unpredictable, because this idea is unprecedented. But all the better, because this is a supercharged mission, only REVO’s energy can make it happen! We are satisfied with the primary results, we’re watching the developments with interest and we are sure that REVO kAIf will be appreciated by all those who are tirelessly active and creative”, – said Elena Selutina, PR Director of New Products Group.

“It was important for us to find the brightest and most creative way to express the spirit of the brand and its progressiveness. We offered users to teach artificial intelligence to party, so that it would later teach us to do the same – on a new, incredible and previously inaccessible level” , – added Natalia Tachynska, Сreative Leader of ISD Group and Art Director of the REVO kAIf project.

How exactly do we achieve the communication with REVO kAIf that feels natural? Is this entity really alive and able to think independently? REVO’s know-how is based on the latest development of the Hugging Face model GPT-2, which is designed to provide a personalized communication platform based on AI technology. The generator has been refined, supplemented by a set of latest models of neurolinguistic programming and tools that have helped to create and launch a separate dictionary of youth slang. The language corpus was based on the latest “living” examples of Ukrainian-language word usage: subtitles for TV series, contemporary Ukrainian literature, content of Telegram channels, etc., and that is almost 3 gigabytes of data!

However, downloaded texts are only 20% of the entire system. Further “education” of REVO kAIf has completely fallen on the shoulders of Ukrainian users, who are now more than 5000. Interacting with the network through a specially created Telegram bot, they willingly fill it with ideas of crazy parties, for which it generously rewards them with more and more advanced answers. Human training is 80% of its skills, but this autonomous artificial consciousness generates ideas from scratch according to its own, somewhat unusual, incomprehensible, but quite adequate logic.

The REVO kAIf project, supported by the energy drink brand REVO, has a high and flexible potential, so it will last at least until the end of 2021. 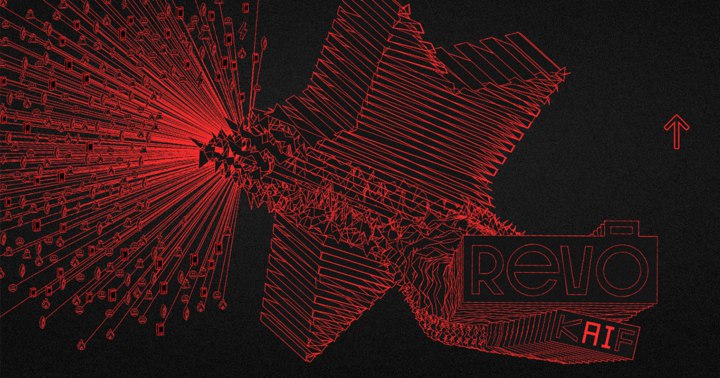