The sports intrigue of the summer: PIT BULL announces the launch of a new battle project PIT BULL Fight

PIT BULL™ ambitiously steps into the territory of big sports and announces an unprecedented new project PIT BULL Fight, which promises to be one of the most spectacular shows of the year! The best fighters of various styles, a big arena in the spotlights, an honest fight face to face and an avalanche of the fans’ emotions – there really is something to look forward to.

In early June, the brand PIT BULL has already launched an advertising billboard campaign in Kyiv, Odesa, Kharkiv, Dnipro, Zaporizhzhia, and Poltava. Billboards, scrolls and citylights depict monochrome images of beautiful and determined people, strong in body and spirit. The monumental figures project the power of unbridledness, which will certainly attract the attention of people who are not indifferent to aesthetics and the energy of fights without rules. These are the photos of real athletes representing various martial arts, whom we will soon see in a fierce competition of will, stamina and courage – the PIT BULL Fight tournament.

The teaser for the new project will decorate the streets of Ukrainian cities during June and July 2019. In the middle of summer, posters will also appear at the Kyiv, Kharkiv and Dnipro subway stations. 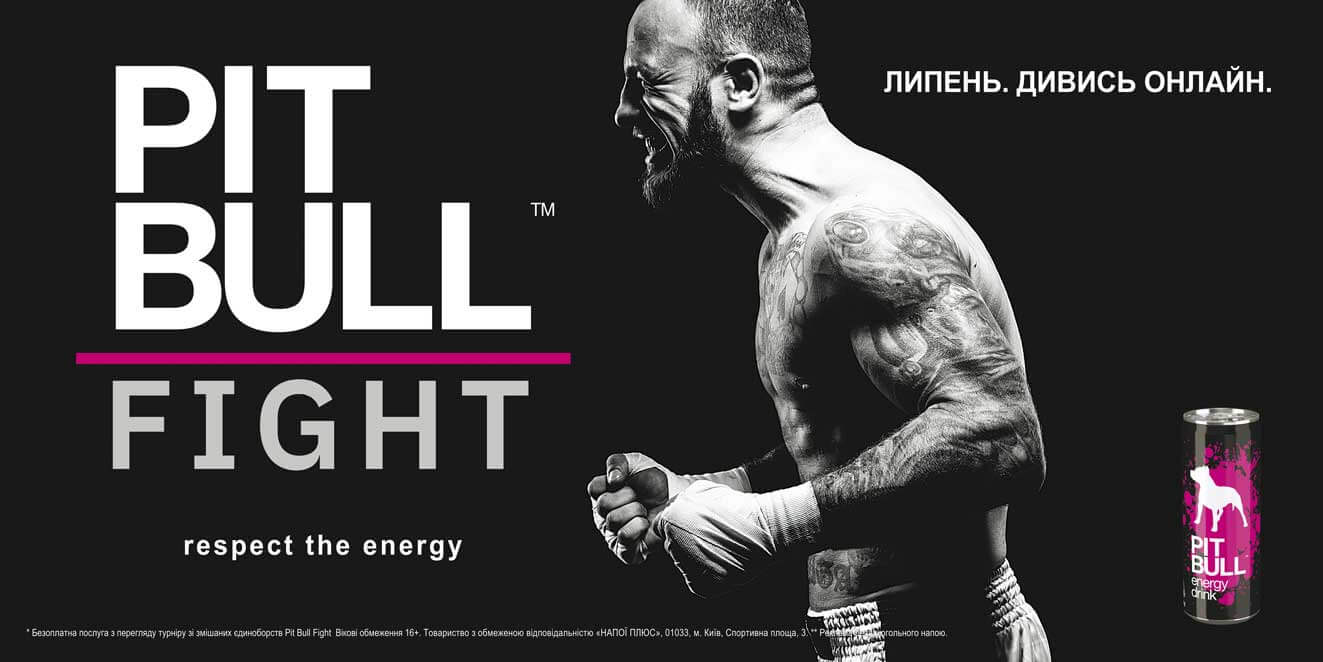 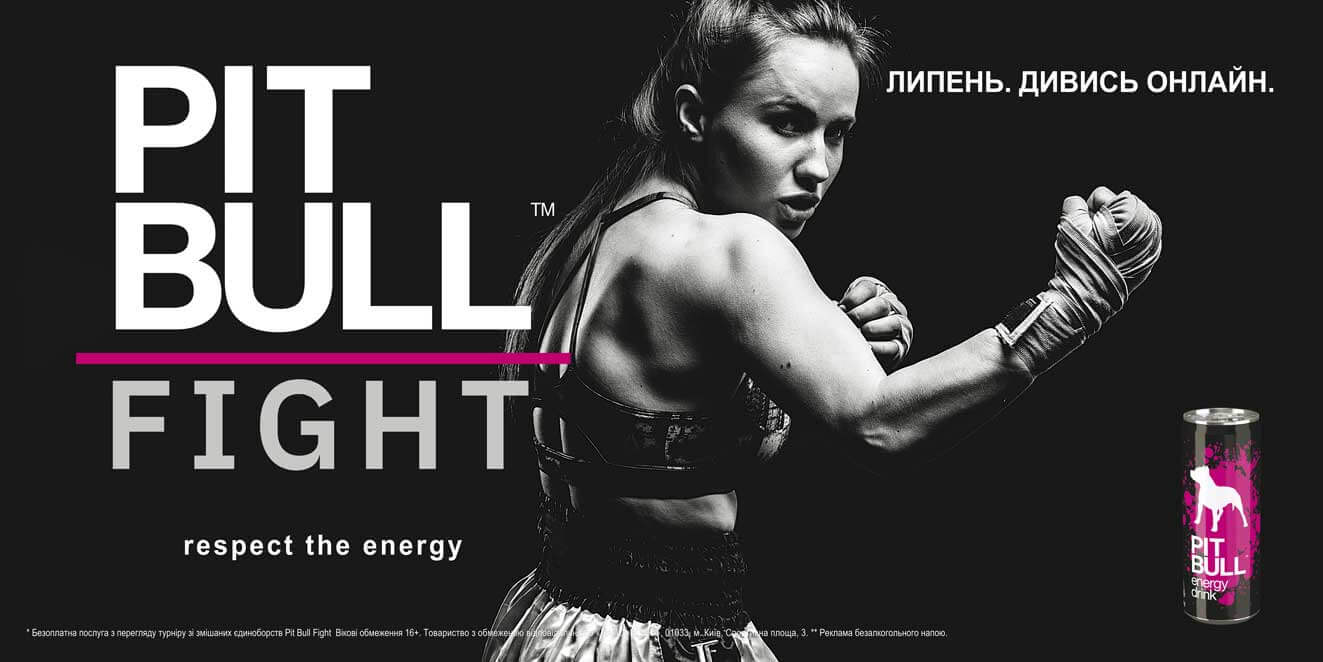 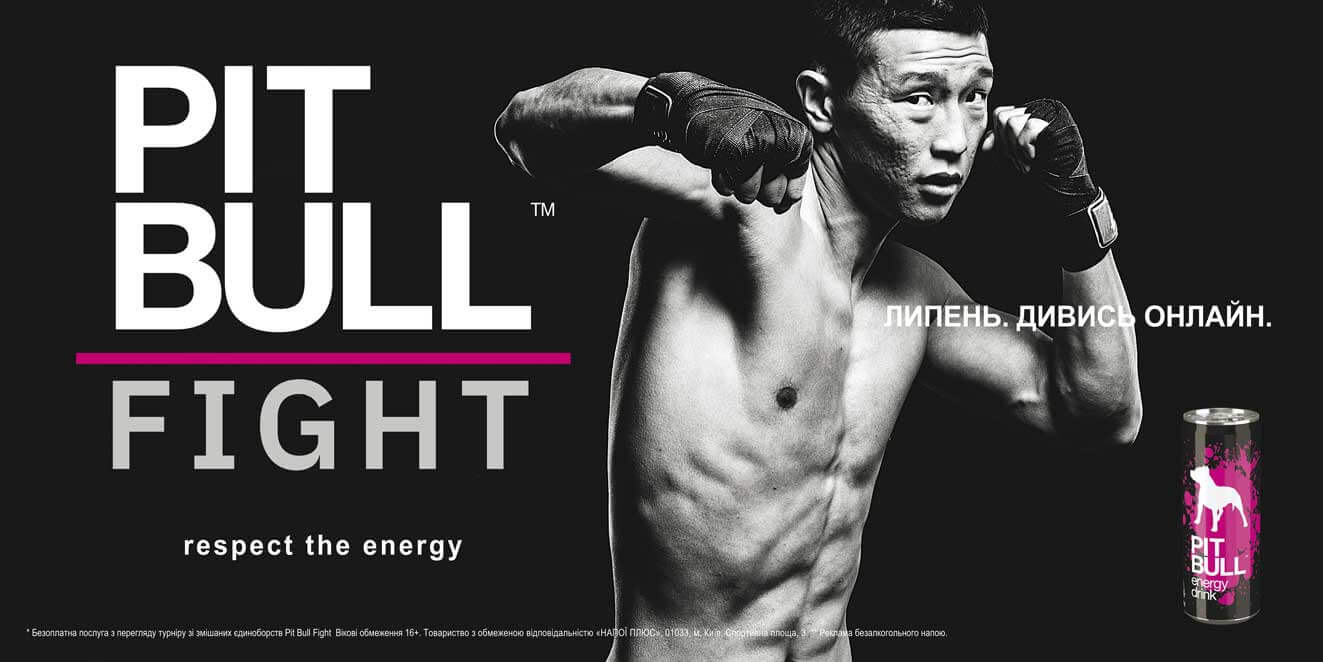 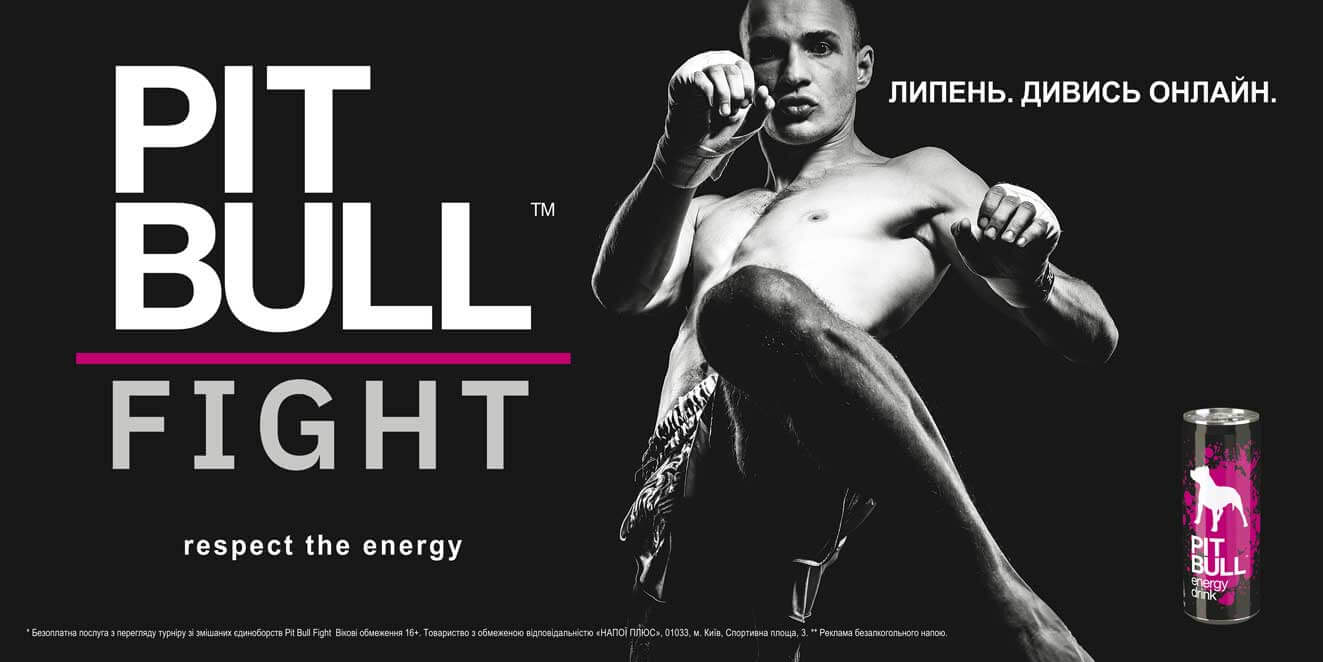 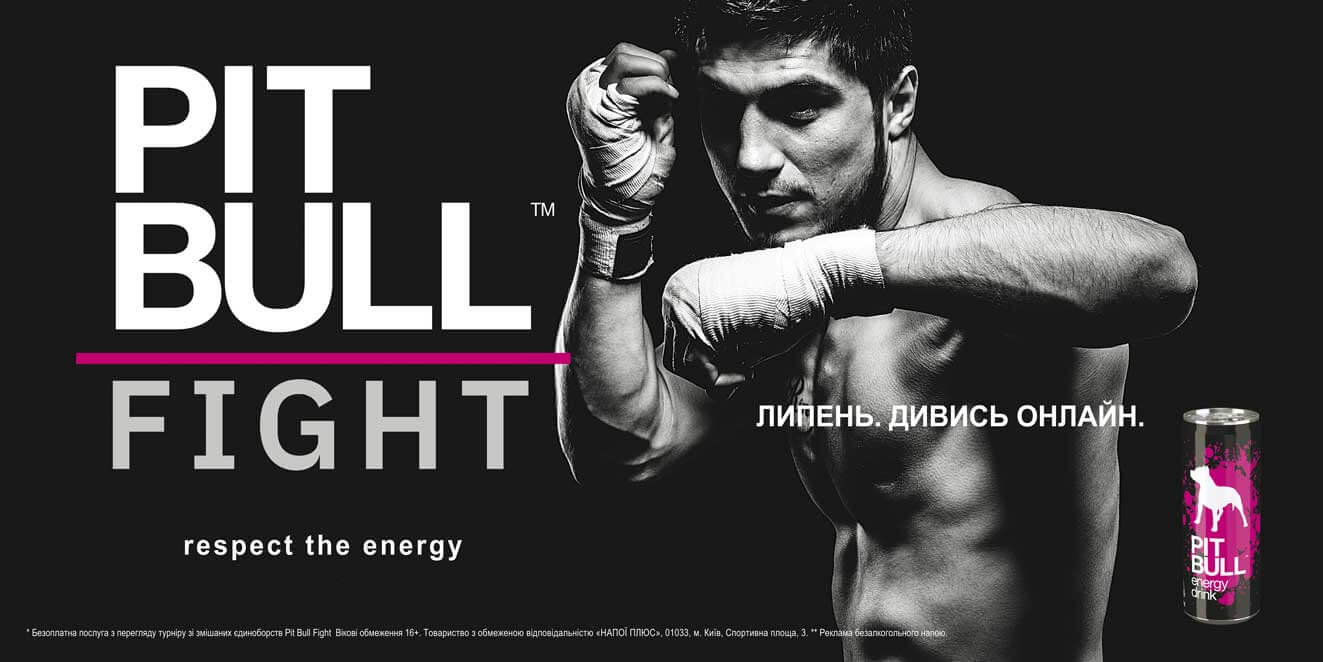 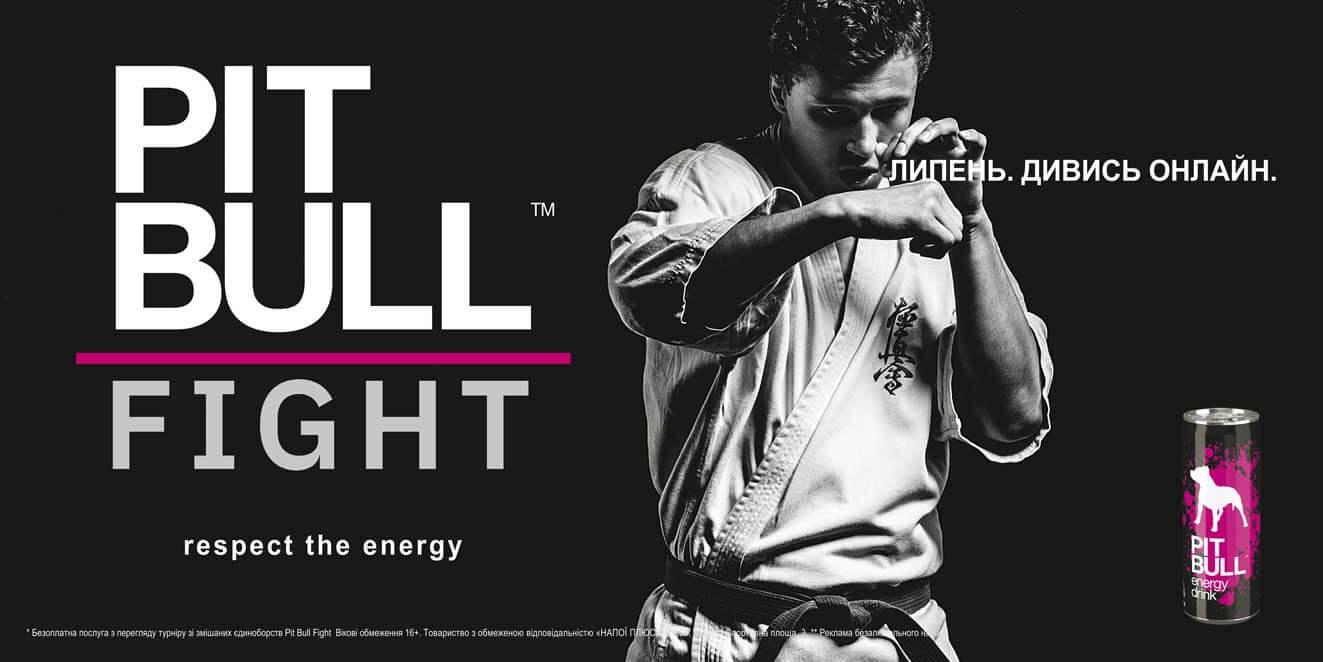 We remind you that we are in the middle of the sixth season of another grand competition supported by the energy drink brand – PIT BULL Battle, which in April of this year was released in the new and fresh LIVE format. The rap contest, which runs in several stages and covers all regions of Ukraine, attracted more than 600 performers, dozens of professional live videos were filmed within its framework, and the event has been actively promoted on the Internet and on social media. In September, the finale of PIT BULL LIVE will air, which is eagerly anticipated by a huge army of fans that has formed over the five years of its existence. And in the middle of summer, a new unexpected tournament will begin, which has every chance of achieving incredible success in the near future!

An independent person with integrity, a clear values system, and an unbending concept of honour is the image that PIT BULL™ has been cultivating without compromise. “Respect the energy” is the noble slogan under which the new project, PIT BULL Fight, will start. See you in July! 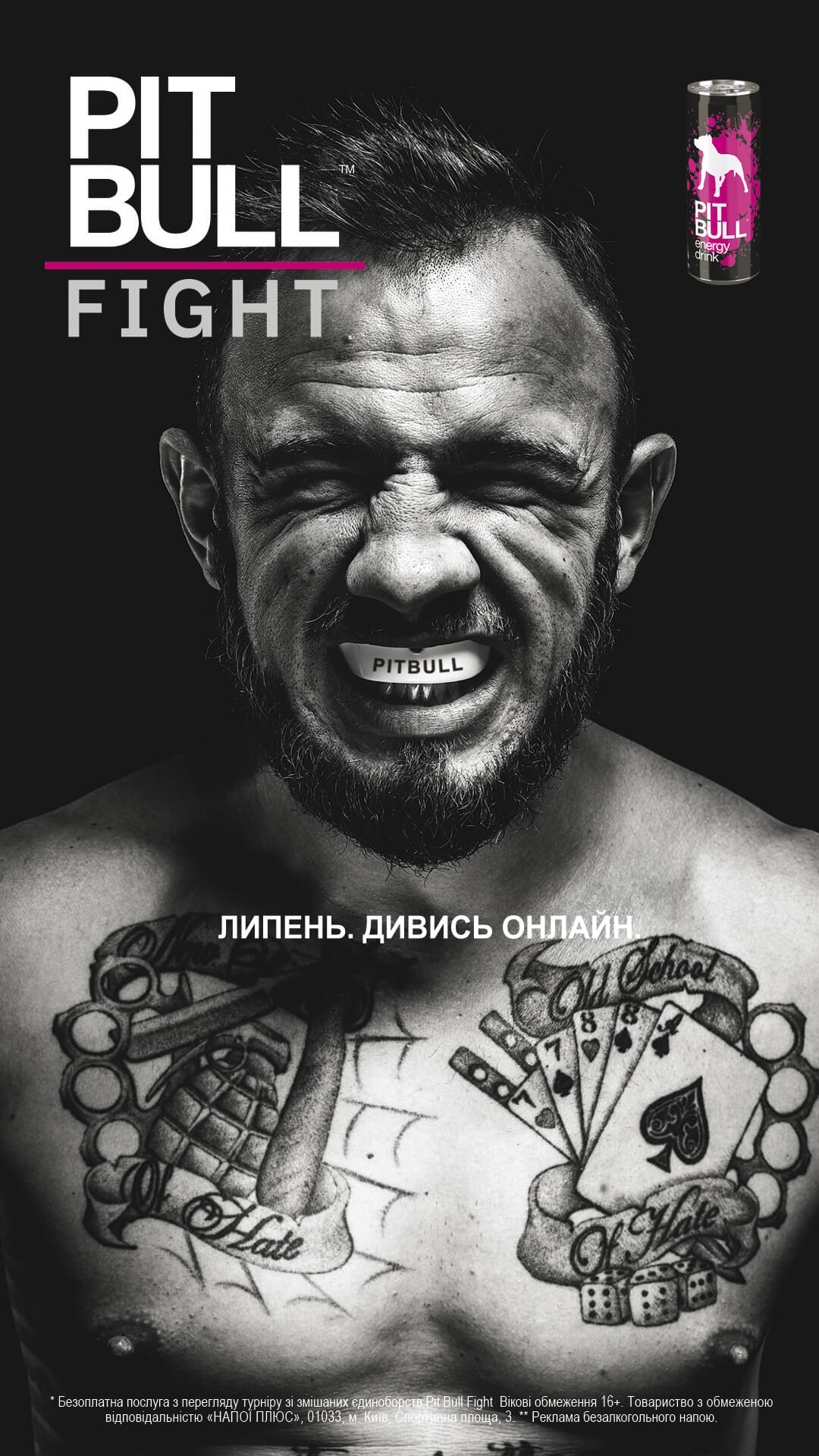 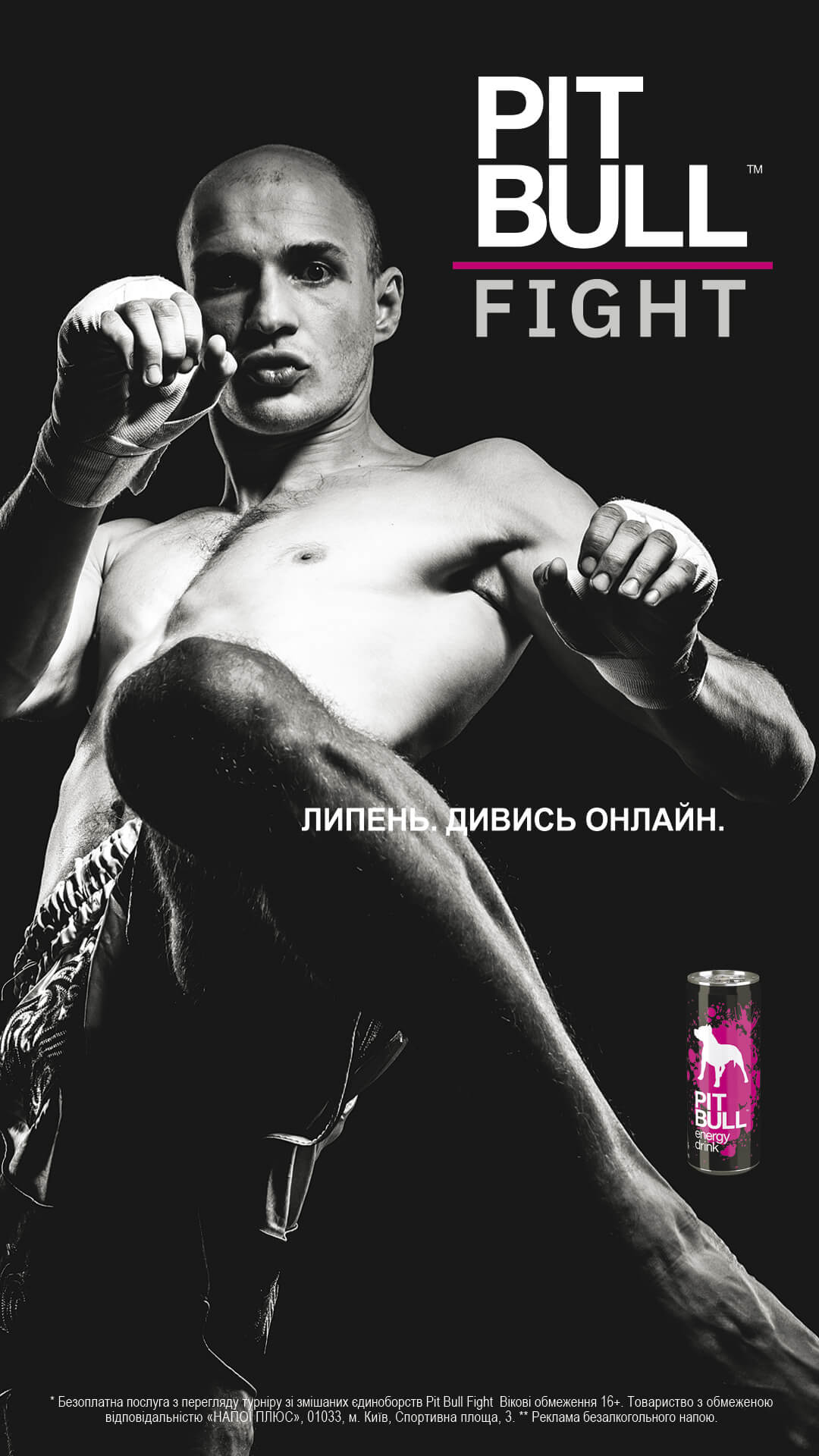 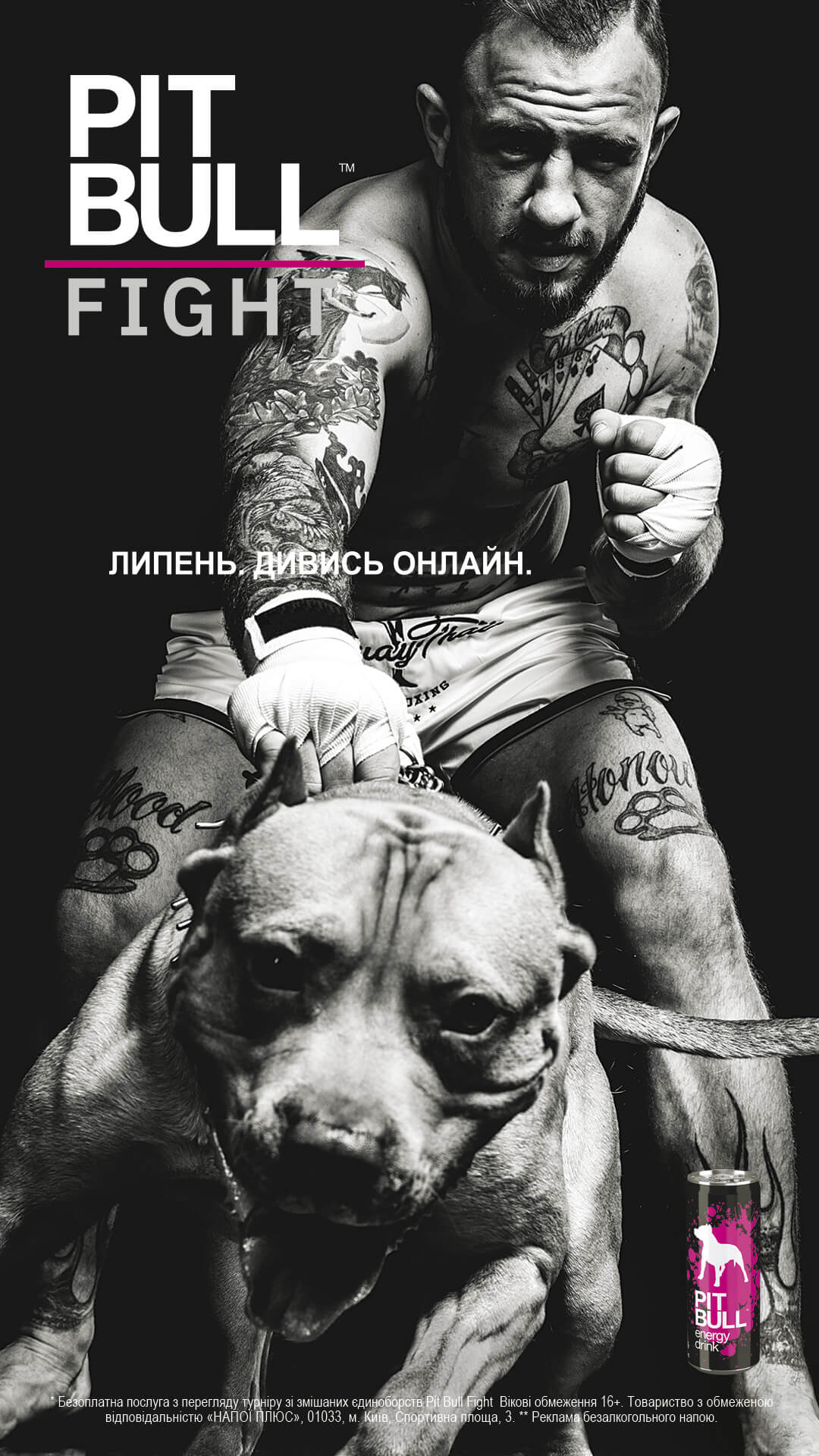 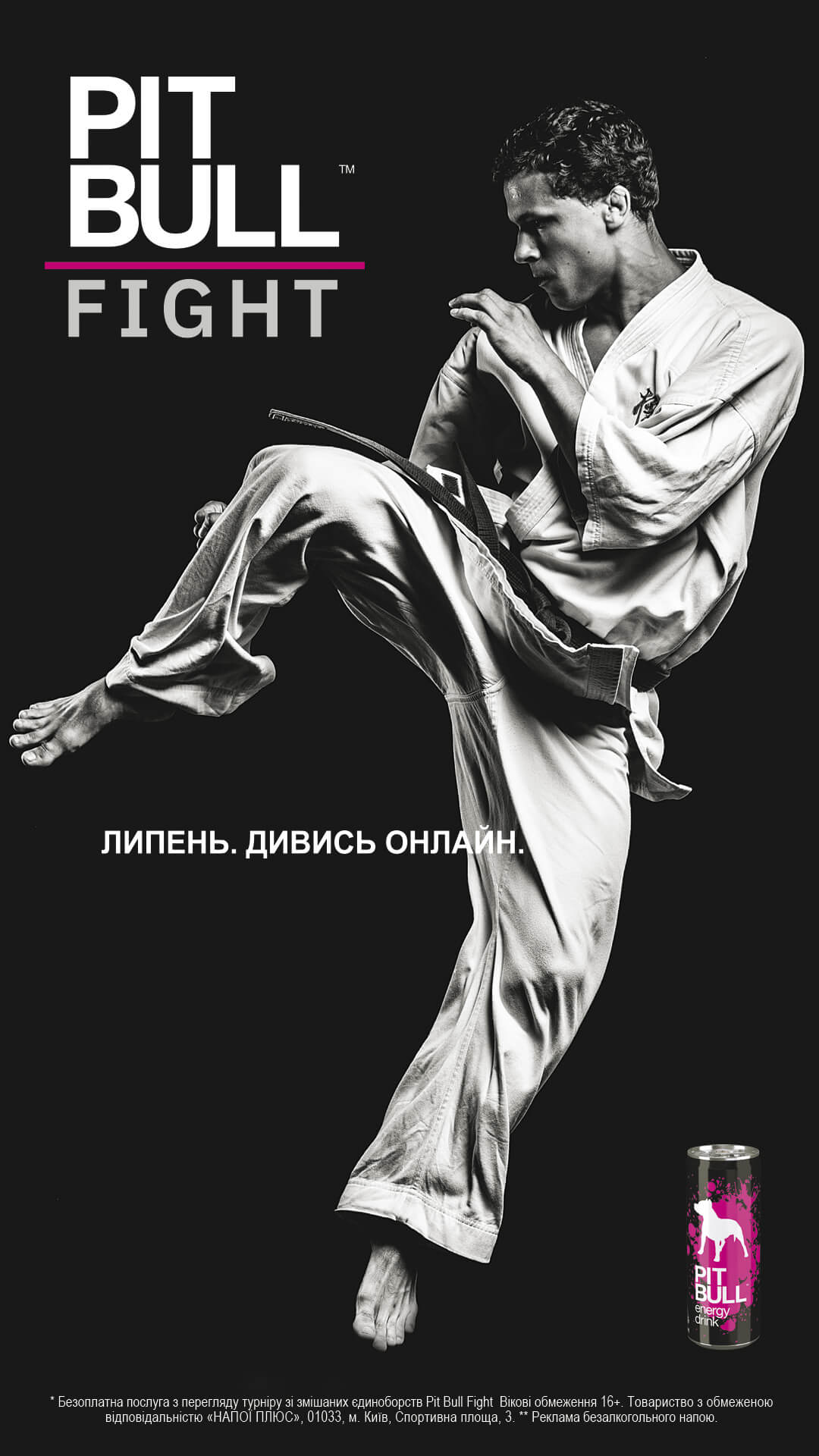