On September 30, the unique Ukrainian rap project Pit Bull Battle, which this year ran in the updated LIVE format and covered the entire country, determined the winner of its 6th season. The winner is a 26-year-old rap artist from Kyiv – WAVY DEM. During the LIVE season, the participant was able to fully realize his potential, demonstrate authenticity and a readiness for doing serious concerts and music videos. The final live performance by WAVY DEM garnered the highest overall score from the judges and made him the winner of the Pit Bull LIVE grand prize – 50 000 UAH and the title of the best performer of the season. One of the hallmarks of this rap artist is that he performs in English. WAVY DEM first gained popularity while being part of the Kyiv association “044”, thanks to the famous track “Can I” and the music video for it. 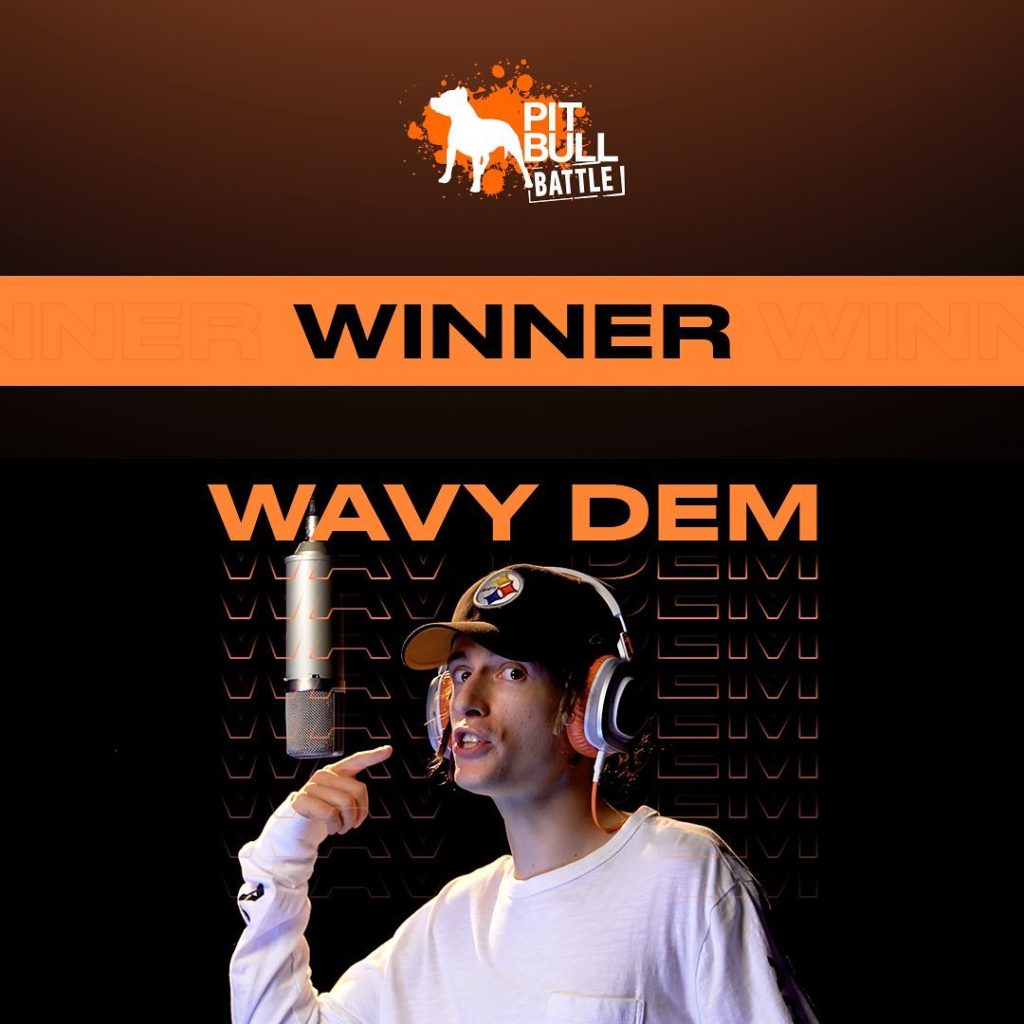 The sixth season in an updated live format became special in the history of the legendary Pit Bull Battle and was able to take the project to the next level, not only by significantly expanding its geography, but also improving the method and the speed of interaction with the audience. For the first time, the backstage videos of how regional filming took place were highlighted by the project. In addition, the organizers launched a podcast with the project’s curator. The star jury and well-known non-participating guests, such as NCCT, GIGA1, MARUL, Maithee Dee, have made this season truly vibrant and impressive.

“The project has existed for 6 years. We have listened to over 1500 tracks every year. This year, we have set two goals for ourselves: 1) Show the faces of the competitors, their charisma and style in the LIVE format on YouTube and move away from the classic battles. 2) Not to wait for participants in Kyiv, but to go find them. Of course, we would not be able to physically set up casting sessions in 24 cities, so we restricted ourselves to Kharkiv, Lviv, Dnipro, Odesa and Kyiv. This has been Pit Bull Battle’s best season – we’ve found the talent and gone to the completely new YouTube platform. By the way, we already have 32K organic subscribers!”, – said Ivan Bazar, founder of Oddee Agency, co-creator of the Pit Bull Battle project.

We remind you that 10 musicians who were recognized as the best by the audience and the members of the jury competed in the finals: “Centre” – BOYKOROY, KOSTOMZ, “East” – LIL WAWE, Rudolf Shnaps, “West” – LEVYY MC, SHERSHEN, “South” – XASH, LITTY, “North” – DICTOR TRAIN, WAVY DEM. Check out their live studio performances on the YouTube channel and the official website of the project: https://www.pit-battle.com/.

The participants were evaluated by celebrity and professional jury members, including 4atty (Griby), rapper GIGA1, the talented SEMPAI (Syrup), one of the most famous Ukrainian-speaking MCs Tur, the “Ukrainian Eminem” Artem Loik, editor of the respected publication The Flow Andriy Nedashkovsky, the representative of Versus and popular Ukrainian rapper Mytee Dee, as well as, obviously, the dedicated team of the country’s “realest” energy drink, PIT BULL™. 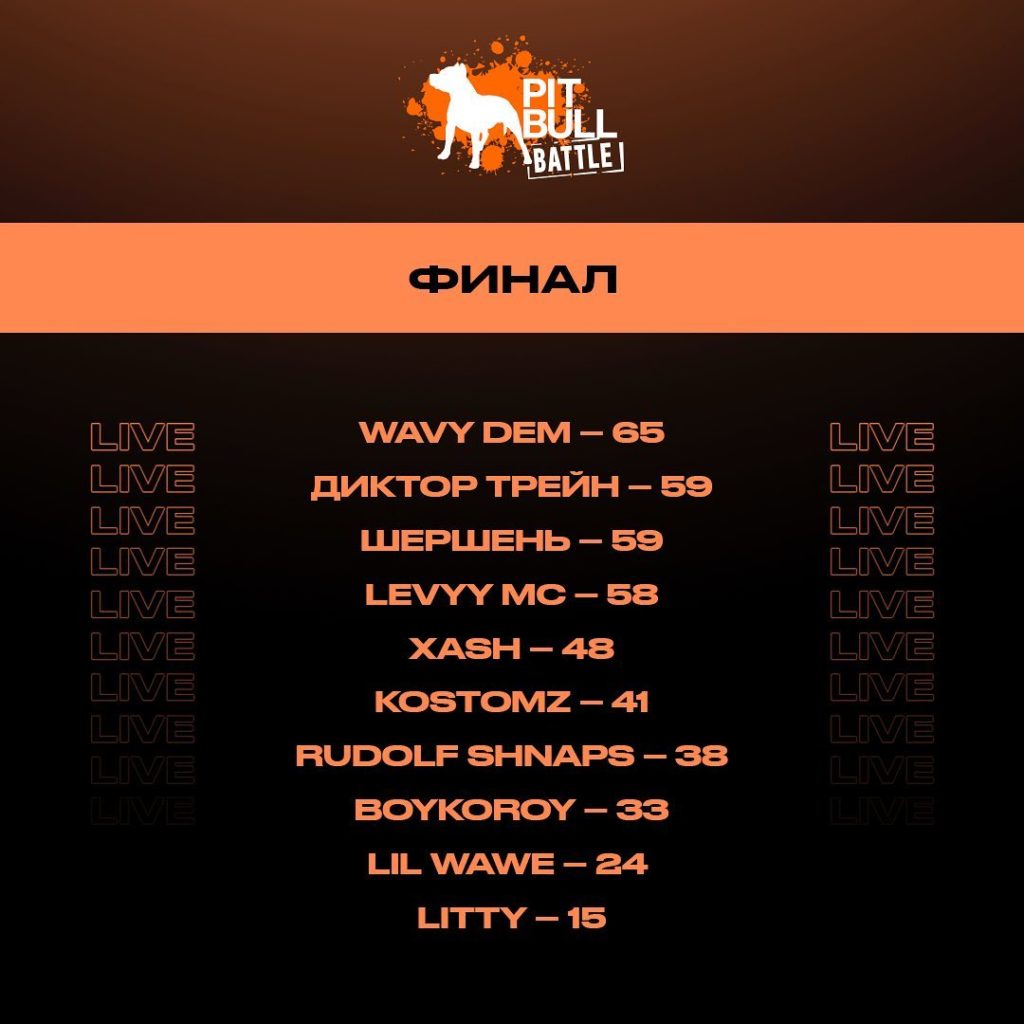 Pit Bull Battle is the only and exclusive rap-battle project in Ukraine, created in 2014 under the initiative of the energy drink brand PIT BULL™ jointly with the creative agency #Oddee. The purpose of each season is invariably the search for new names and original genre performers for the development of the Ukrainian rap culture and its integration into the contemporary global context. Over the course of its run, the project has evolved into a grandiose rap venue that has created its own eco-system, brought together thousands of like-minded people, and has unveiled more than one rap star to the world. In late 2018, Pit Bull Battle V was honored with the Bronze Award of the most prestigious national advertising and marketing ceremony Effie Awards in the Cross-Media Storytelling category. In 2019, Pit Bull Battle was introduced in the new Pit Bull LIVE format under the slogan “Get Out of the Internet – It’s Time to Be LIVE!”: each participant who has undergone rigorous expert selection has filmed a professionally made presentation live video that was guaranteed to have over 500,000 views.